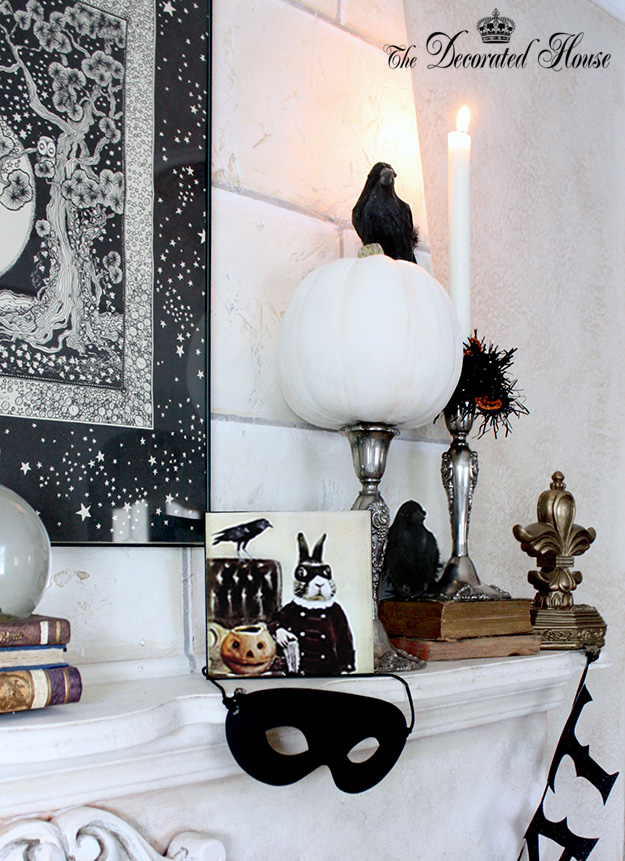 There were questions around here as to why Beau Bunny was being blamed for the missing Snickers. He is pleading the 5th, and hasn't confessed to eating them. Well the truth is he has been jumping from spot to spot, quite full of excess sugar energy, there are empty wrappers left exactly in places where he was seen. On top of that Beau Bunny always has a spare bandito mask, and one was left hanging on the mantel after he was seen there. I know, all circumstantial. We might need to set up
a surveillance camera to make sure there is something left for the kiddies on Halloween Night The mantel is decorated in mostly black and white with a little bit of color, just because it makes it feel more like Halloween decorating.  This faux fireplace that we built is in our living room. The plaster walls were reglazed in pretty shades of neutral this year, beige, griege, cream, off white. It's so easy to change the look with neutral walls.

You can find white pumpkins pretty easily now, but a few years ago they just weren't around. I've had these pumpkins for a while and they were originally orange. Very simple to paint them. 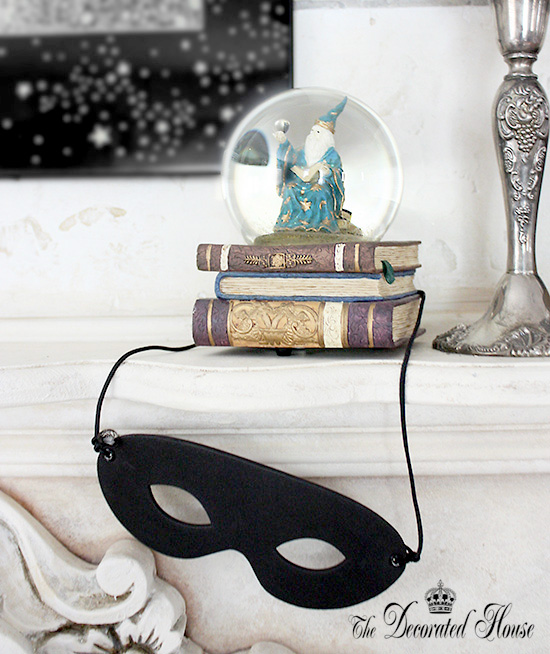 Here are some close up shots of the mantel. After I found the mask that Beau had left behind, I fixed the empty spot with the wizard sitting on books. By the time I found it,  Beau was sitting somewhere else. 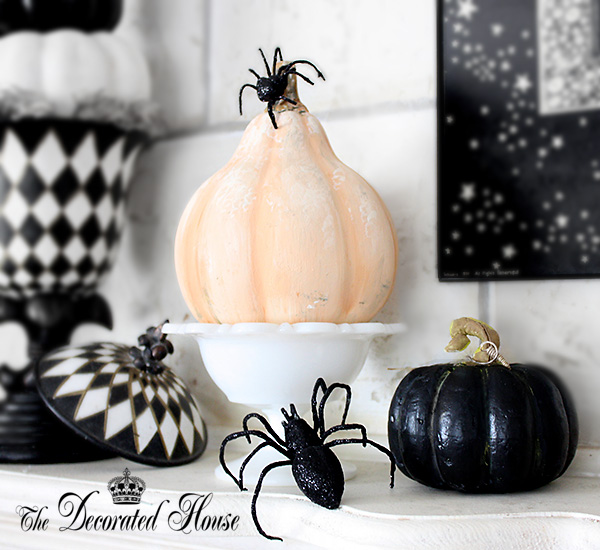 I don't recall what homely color this pottery gourd was before. But I painted it with a combination of colors including Annie Sloan Old White Chalk paint. I've painted several of the faux pumpkins with that color or Old White mixed with something else. It is the perfect "white" color because it is not a true stark white. The black pumpkin is a styrofoam one, and I painted those last year, and they are not shiny but seem to photograph that way because of the black color. 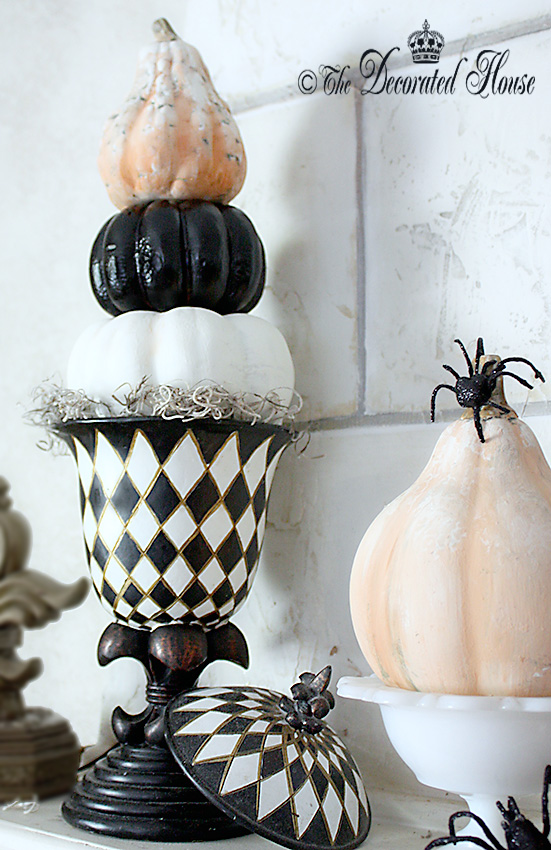 On one side I made a small pumpkin topiary which is sitting in a harlequin design small urn. Even though I've done some kind of topiary for several years, I still like them a lot. The white pumpkin on the bottom is pottery/ceramic and was orange. I painted it  with AS Chalk Paint Old White.  The top pumpkin is also ceramic, was painted like the larger on in the picture. Since it is breakable, for the middle pumpkin I used a foam one so I could put holes in it where the stem of the white one needed to go. This made it more stable and also allow me to settle the top one into the black one by pushing it in. 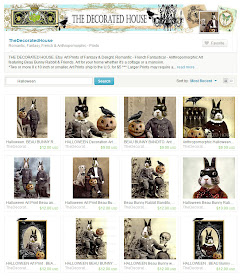 This year I have some new Beau Bunny Rabbit Halloween Prints.
My favorite would have to be the one that Cody Bear our pup has joined forces
with Beau in his hunt for Snickers.
Beau even gave Cody his own bandit mask. 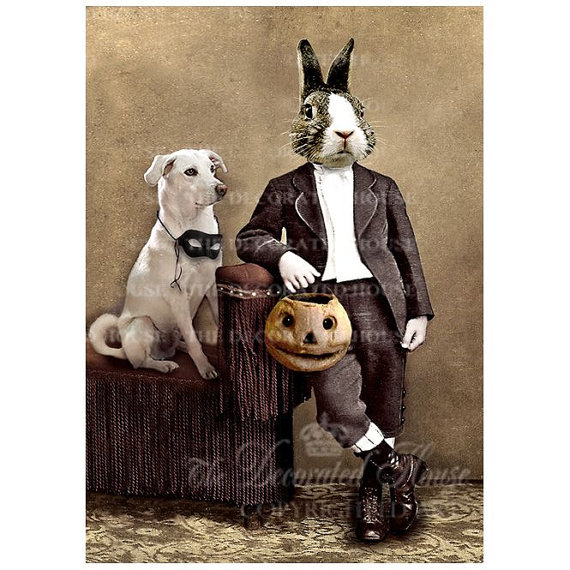 Everyone loves comments! Thanks for stopping by and for taking a moment to leave a little note. (Comment moderation maybe be on at this time. Simply leave your note, and it will be published shortly.)
Donna